It was another award winning night for the ARTventurers Team at the Stadium of Light when they were named Best Small Business 2017! 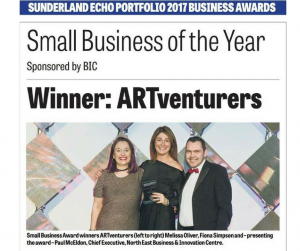 The award was accepted by MD Fiona and Melissa, franchise owner at ARTventurers Sunderland and South Tyneside on behalf of all of the team!

An AMAZING Awards win for the ARTventurers Team!

Brilliant news for the ARTventurers team! 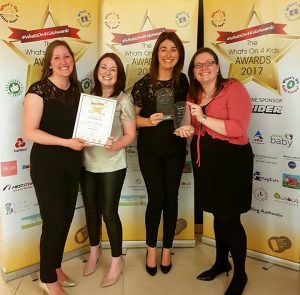 ARTventurers has been awarded the highest level of accreditation by the Childrens Activity Association – an organisation set up to provide some regulation within the childrens activity sector and give parents peace of mind. This means that the ARTventurers programme, processes and procedures have all been independently verified as having met or exceeded the CAA Code of Practice giving parents absolute confidence the activities and sessions that we provide – and the feedback that we received from the CAA assessors has been great! 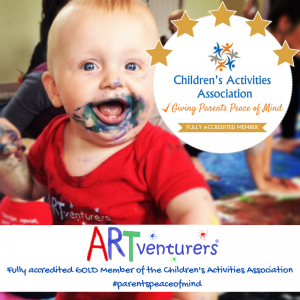 ARTventurers has been announced as a finalist in the NE Press Echo Portfolio Awards for the 3rd year running!

We have been shortlisted as
*Small Business of the Year 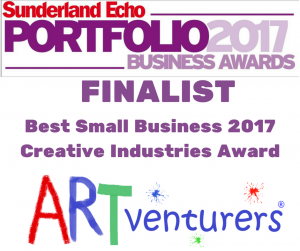 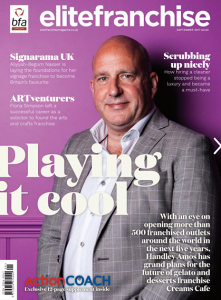 Fiona Simpson, founder and MD of ARTventurers was invited to appear as a guest on BBC Radio Newcastle on 3rd September 2017 on the Sue Sweeney show to talk about her business journey and juggling a successful business with a busy life as a mum of two! 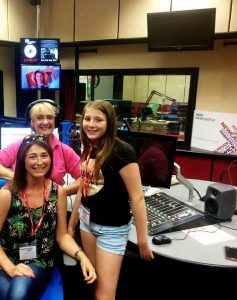 Fiona was invited to appear as a guest on “Chatty Lasses” which aired on Made in Tyne and Wear TV on Monday 4th September – talking about all things ARTventurers, the fun we get up to at our classes….and taking along some of our ARTventurers homemade playdough for the Chatty Lasses to have a play with! 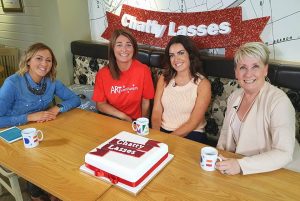 Susan’s ARTventurers classes in one venue became so popular she expanded the age range to meet demand! 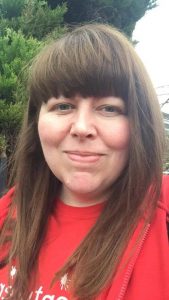 You can read all about the growth of Susans business here

ARTventurers shortlisted in the WIN North East Businesswoman of the Year Awards 2017!

Fiona Simpson, founder and MD of ARTventurers has also been shortlisted in the “Inspire Me” category, recognising the work she does across the region supporting other local women in business. 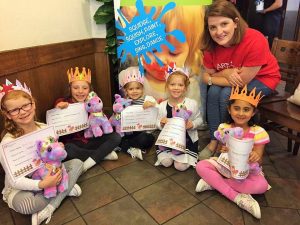 You can read all about Sarah’s journey here

We were over the moon when ARTventurers won not one but TWO awards in the Working Mums Top Franchise Awards 2017! We were not only names as Most Supportive Franchisor 2017 to recognise our investment in supporting and aiding our ARTventurers franchisees to grow and build their businesses, but we were also named overall Top Franchise 2017 which is AMAZING news!!!!!

Children have craft skills down to a fine art at library!

Caroline of ARTventurers Chester, Wrexham and Whitchurch and some of her ARTventurers had loads of arty fun when ARTventurers arrived to run some sessions at a local library – and here’s some fab photos from the Shropshire Star! 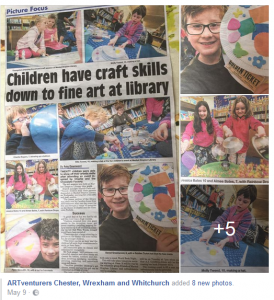 ARTventurers was named in research showing that Newcastle’s women-led businesses contributed £49m to the economy and created an additional 2,600 jobs in 2015, according to new findings by NatWest. 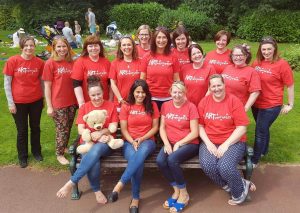 You can read the full story here

In March 2017 after celebrating her first business birthday, Susan who runs her ARTventurers branch in the South Shields, Hebburn, Jarrow and East Gateshead areas decided to expand her business by taking on an extra franchise area

You can read all about Susan’s business plans here

Fiona and ARTventurers have made the final shortlist of just three in the North East Businesswoman of the Year Awards 2016, in the Creative Business Category. You can read the full story here 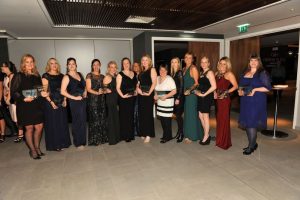 Winners will be announced at the end of October at the awards ceremony!!

The Jarrow grandma who is helping babies enjoy art!

Susan launched her ARTventurers franchise in South Shield, East Gateshead, Hebburn and Jarrow after attending classes with her own granddaughter and loving the classes so much! 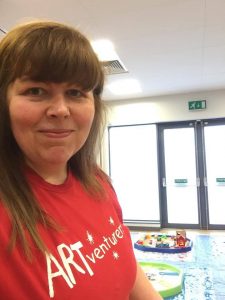 What Our Parents & Carers Say About ARTventurers!

“ARTventurers classes are FANTASTIC! Lots of messy, creative fun that I would never try at home!”

“It’s the best baby class we’ve been to”

“Great classes designed to stimulate little ones delivered with a brilliant sense of fun and creativity!”

“I wish you did parties for grown ups too!”

Multi award winning colourful art and creative play classes, events and parties for babies, toddlers and children across the UK! 🎨

Our attempt at an ARTventurers limerick for Nation

We are really delighted to be giving away these go

Wow! What fabulous news for a Wednesday morning -

When you're an artist in the creative zone, nothin

It's the start of a brand new month and we've got